Presented annually at the BIAW Fall Board Meeting, the Builder, Associate and Remodeler of the Year Awards recognize those who’ve made significant contributions to BIAW and the home building industry as a whole.

Nominated and selected by their peers, these individuals represent the best of the home building industry in 2021.

Builder of the Year: Sherry Schwab 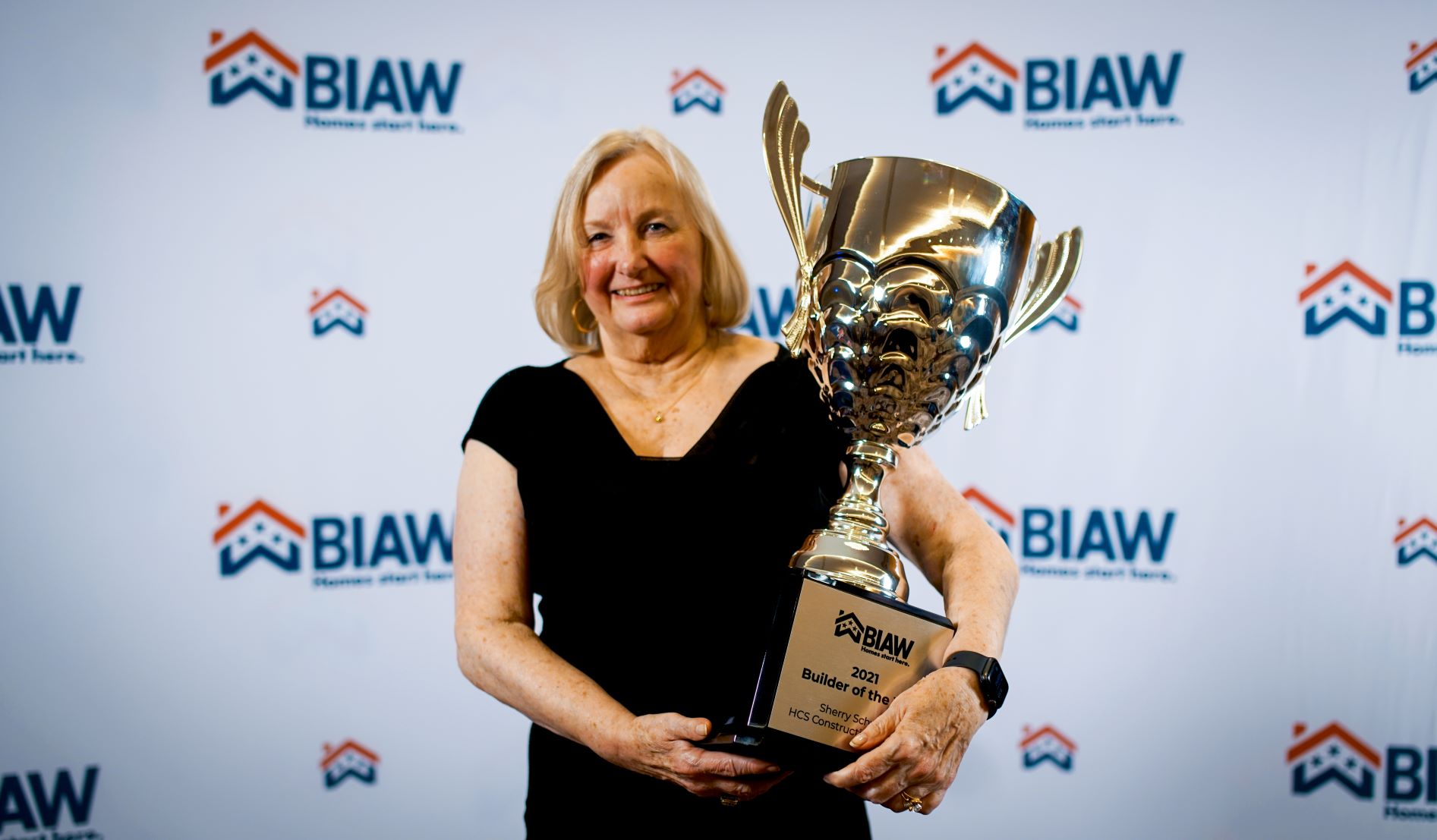 The Builder of the Year award recognizes builders currently engaged in construction, involved in projects at the state and local  level and active in their community.

Sherry Schwab of HCS Construction Services Company in Bellevue actively participates in the building industry through her local association, the Master Builders Association of King and Snohomish Counties (MBAKS), BIAW and the National Association of Home Builders (NAHB). With over 42 years of experience in the trades, Schwab’s dedication is undeniable.

Schwab served on the MBAKS board of directors from 2000 to 2013, became president in 2012 and chaired the Professional Women in Building (PWB) committee in 2020. She founded the MBAKS retention committee in 1998, and has been an active member for the last 23 years.

As a BIAW president in 2020, Schwab led the association through the pandemic, helping to persuade the governor to reopen the construction industry a whole five weeks earlier than other industries. In 2021, she remained active as the immediate past president by identifying, recruiting and training new leaders in all facets of the association. Schwab’s dedication to training the workforce goes beyond BIAW, she founded the workforce development taskforce, compromised of members and local association staff statewide to build the future of the industry. Schwab continues her efforts by earning over 1500 spike credits for her recruitment, making her an “All-Time Big Spike.”

Associate of the Year: Debbi Boyd 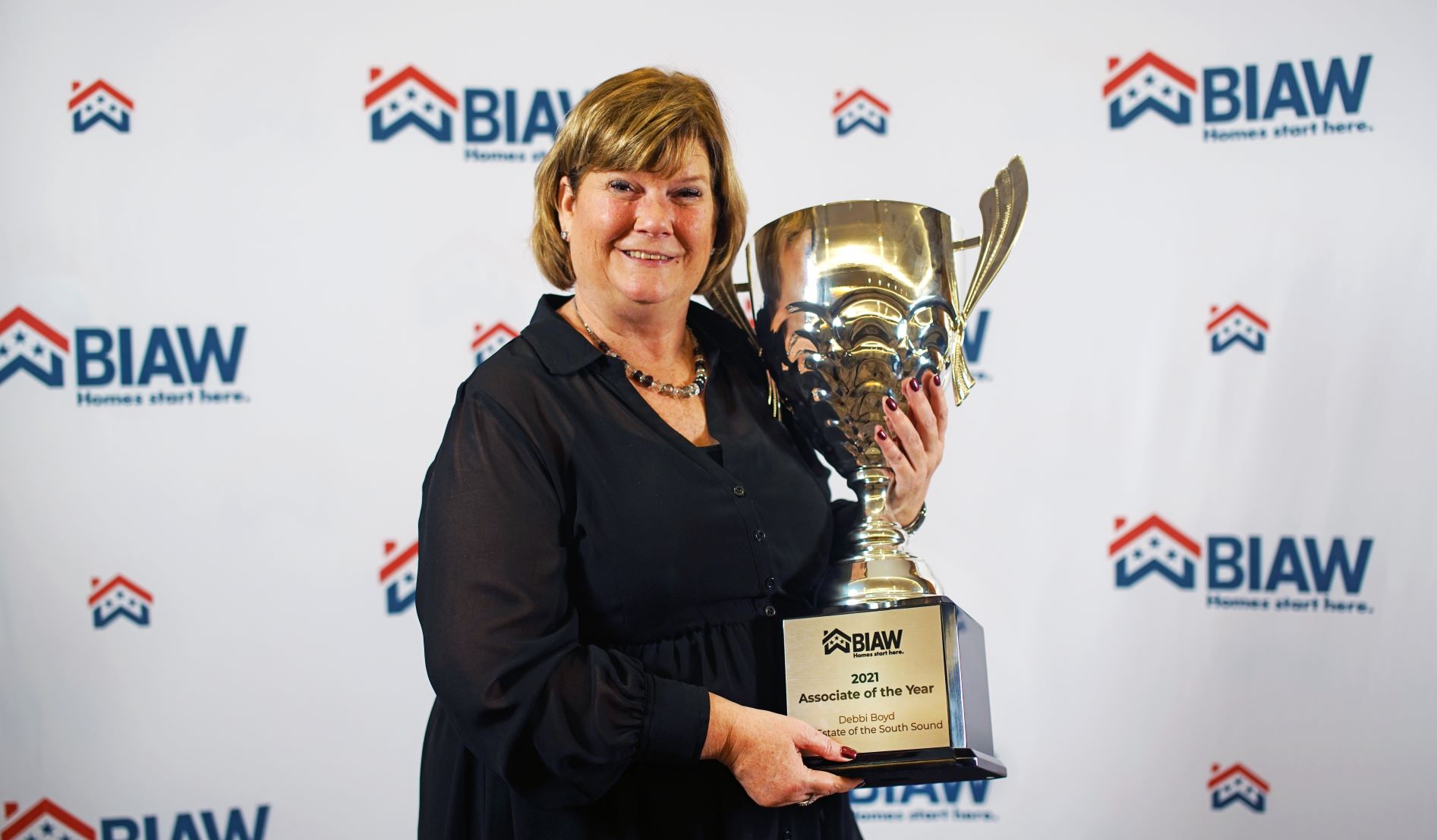 Boyd served as a local state board member for over 15 years, chaired the OMB scholarship committee chair from 2014-2020, led the OMB PWB committee from 2020-2021, served as associate vice president in 2009, 2010, 2016 and 2017 and chaired the membership committee from 2009-2011. Boyd’s expertise and dedication to the home building community earned her OMB’s President’s Award three times, the OMB Associate of the Year award four times and the Norman A. Paulsen Award in 2015.

At BIAW, Boyd served as Spike chair in 2016, secretary in 2017 and second vice president in 2018. She stayed active being a part of the membership committee and associate council for eight years. Boyd has been a BIAW state director since 2016 and still carries on her efforts through recruiting new members into her local association. Boyd is a Super Spike, meaning she has over 250 Spike credits.

The Associate of the Year Award honors associates who are actively involved in the local and state home builders associations and their community.

Remodeler of the Year: Tim Lovelass 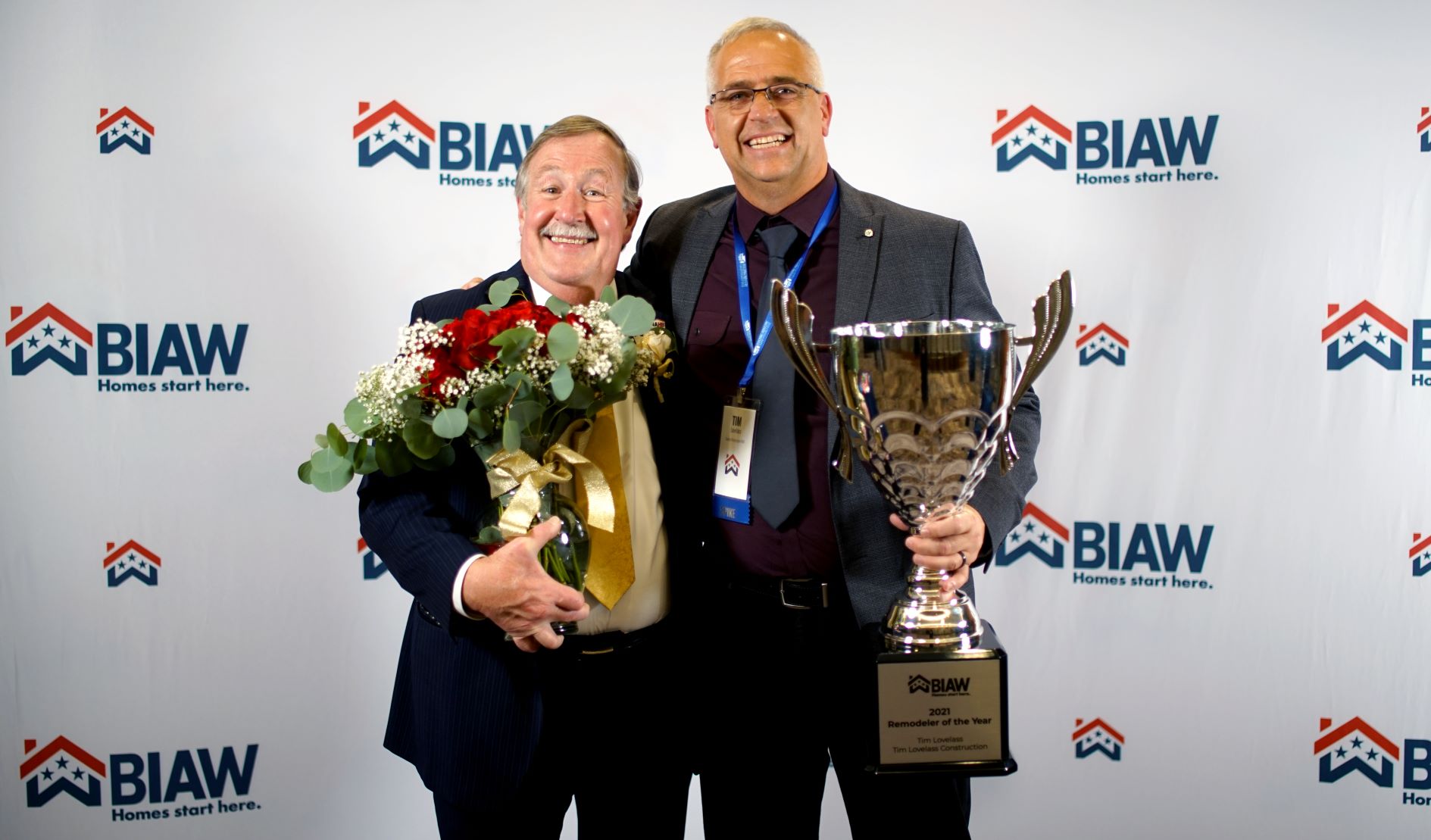 Tim Lovelass of Tim Lovelass Construction in Selah serves as president of the Central Washington Homebuilders Association. through 2022.  He joined as a local association director in 2018 and currently serves on the CWHBA executive committee, governance committee, finance committee and political action council. He also participates in their annual tour of homes event. For his dedication to the home building industry, Lovelass won CWHBA remodeler of the year, was selected as People’s Choice in the tour of homes event and has been featured in Pacific NW Magazine.

In his community, Lovelass stays active in building the future workforce. He is a board member on the Perry Technical Institute advisory council, he welcomes Perry Tech students to his jobsites as part of their externship program and he employs upcoming graduates in the construction program.

The Remodeler of the Year Award celebrates builders engaged in current remodeling projects who are involved in projects at the local and state level, and active in their community.