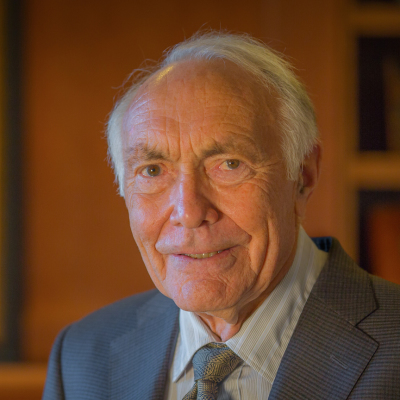 BIAW joins friends, family and colleagues in mourning the loss of Master Builders of King and Snohomish Counties (MBAKS) past president Fred Burnstead. Burnstead passed away on Sept. 23, 2022 at the age of 92.

After serving in the Navy and working for Boeing, Fred followed his true passion and founded Burnstead Construction, a well-known name in the Puget Sound area home-building industry for more than 60 years.  Over time, his inspiration and drive for excellence helped the three Burnstead companies create both homes and neighborhoods of timeless value.

Fred was President of Master Builders of King and Snohomish Counties in 1984. He was a long-time member of the Urban Land Institute and received the 1999 University of Washington Construction Hall of Fame Award. He was inducted into the MBAKS Hall of Fame in 2006.

Fred was an avid hiker, skier, and mountain climber – twice summiting Mt. Rainier. He and his wife Joan celebrated their 70th wedding anniversary earlier this year.

The family is planning a private Celebration of Life at a later date.  Remembrances may be made to: